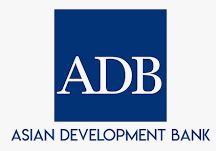 The gross domestic product (GDP) of Papua New Guinea (PNG) grew at an annual average rate of nearly 7% between 2007 and 2010, and is expected to perform even better in 2011. Moreover, the economy remained unaffected even at the peak of the global economic crisis, when most other major Southeast Asian and Pacific economies recorded low or negative GDP growth rates. Sound macroeconomic management in the recent past and planned initiatives such as the PNG LNG Project indicate that the economy will continue to perform well in the medium to long run. Nevertheless, the country faces a number of development challenges. Per capita GDP and its growth rate remain low. The economy is heavily dependent on the mining and resource sectors, and hence remains vulnerable to fluctuations in the global markets. A majority of the people in the labor force work in the informal sector, and opportunities for productive employment in the formal sector continue to grow very slowly. Provision of public services, including education, health, and safe drinking water and sanitation, remains
inadequate, especially in the rural areas.

Based on the latest NSO figures, it is now…

The work of the Asian Development Bank (ADB)…

Preview
Download
pdf
TOURISM AS A DRIVER OF GROWTH IN THE PACIFIC. A PATHWAY TO GROWTH AND PROSPERITY FOR PACIFIC ISLAND COUNTRIES.

Tourism to the Pacific is increasing and will…

The economy of Papua New Guinea (PNG) is…

Asia and the Pacific have made unprecedented…